Previous to the work with Palmer, the Port of Stockton held a public perception of being a government owned and operated company, a utility owned by the city. Palmer educated the public and let them know how involved they were with the community.

Change the public perception of the Port of Stockton to let members of the community know they are dedicated, involved, and committed to them.

Through the work with Palmer, the Port of Stockton was able to gain increased visibility, be seen as environmentally responsible, and even won an award of excellence from the American Association of
Port Authorities.

growth of visibility in
the community

Earned the “Award of Excellence” by the AAPA

The Palmer Ad Agency developed a two-phased campaign. The first phase of the campaign entitled “Port Proud, Stockton Proud” featured employees of the Port that live in the Stockton area and who work at the Port. The primary messaging explained how employees involved themselves with the community. An additional secondary message gave specific facts regarding the Port’s monetary contribution to the local economy and the Port’s efforts to help the environment. The Port holds trade relations with over 55 countries, exporting nearly 1.5 million tons of goods yearly, creating over 4,500 jobs annually and more.

The second phase of the campaign entitled “A Part of the Port” featured “real people” that live and work in the area and who are “A Part of the Port,” through what the Port of Stockton brings to them. This ad campaign’s messaging profiled real people’s jobs and their direct tie-ins to the Port. The secondary message featured specific facts regarding the tie-in. Facts like: 1) over 90% of the fertilizer used in the Central Valley comes through the Port, 2) the Port generates over $5 million for the Stockton area that helps pay for schools, parks and more, 3) the Port is responsible for over 5,500 jobs in the Stockton area, from manufacturing to agriculture to transportation and more, 4) the Port spent $2.5 million toward helping the delicate ecosystem of the Delta and surrounding communities, and more.

We developed the “Unique Marketing Position” in addition to a “Go To Market Strategy” which consisted of: 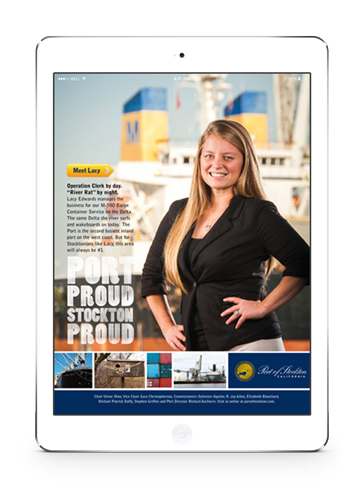 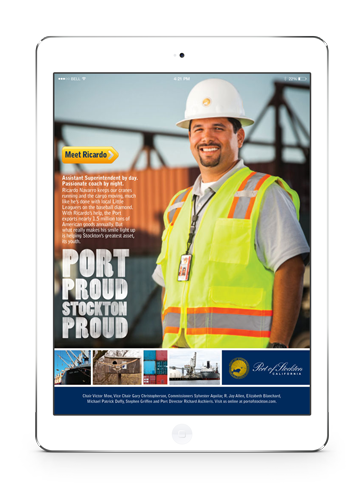 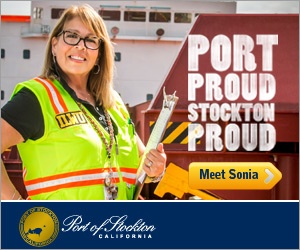 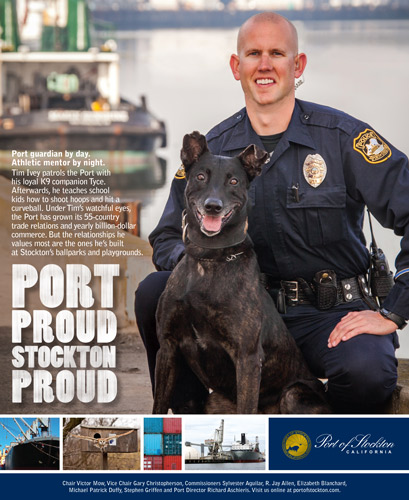 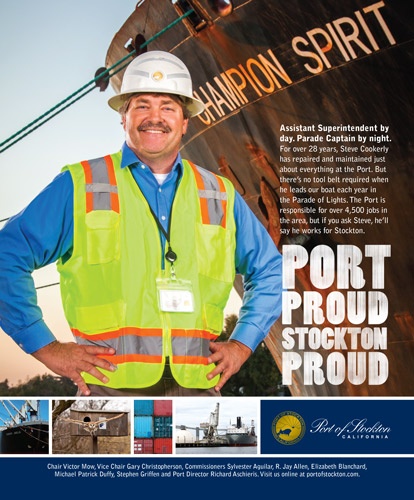 THE RESULTS OF OUR PARTNERSHIP
WITH THE PORT OF STOCKTON

increase of visibility within the community

Unfavorable perception of the port dropped by 50%

74% growth of visibility in
the community

Through the efforts of the various campaigns, public perception and visibility grew substantially — helping to completely revitalize the way the Port of Stockton is seen by citizens of the city.

Earned the “Award of
Excellence” by the APAA

The American Association of Port Authority, or AAPA, chose the Port of Stockton to be the sole recipient of it’s “Award of Excellence” — second to none.

Through the launch of several environmentally concious print and digital ads, the Port was able to educate the public on their efforts to give back to both the community, and the plants and animals in it.